This problem of continuous spinning of the weed eater string is very common among new users of this tool and can make your head spin just as much. But, once you get a hold of how to easily fix this problem without the need of reaching out to a professional, you’ll be back to weeding just as before.

Note: This guide refers only to gasoline weed eaters as electric weed eaters do not use the same system of operation and will not run across the same kinds of issues.

A weed eater does not come with any blades or sharp cutting tools. Instead, it uses a flexible string line that spins at a dangerously high speed to get rid of unwanted weeds in minutes. Almost every weed eater comes with a throttle for adjusting the strength of the string to a higher or lower spinning frequency.

When you push or pull on the throttle, the string will start spinning and the speed will increase swiftly but at a consistent pace. To stop spinning, you simply release the throttle and it will come to a short end.

Where It Goes Wrong

However, at times the weed eater is prone to getting faulty just as every other tool created by mankind. At that time the string will probably continue to spin even when you release the throttle. Such a situation is quite a risky thing to handle as it can cause potential injuries to the user or damage something close by.

It is therefore highly advised that you check your weed eater thoroughly before each use – even if you’re used to working on it often.

When your weed eater’s string continues to spin even after you’ve released the throttle, there are two most common causes of such a problem. It might be that:

Both these issues can be easily corrected without the need of any expert’s attention – if you pay attention to the solutions below.

The first thing you should check if there is a problem with the idling speed is the engine of your weed eater. Do the following below to find out whether or not the engine is idling as quickly as you think it is.

If it is idling too quickly, the clutch shoes may not be able to retract and this will cause the string trimmer to continue spinning even after you have released the throttle.

You can solve this problem by tweaking the speed of the idle. This can be done quite easily.
Find the adjustment screw on the carburetor. You can identify it with the mark “I”.

Turn the screw counterclockwise while the engine is still running. This will cause the engine to slow down so that the head will be able to stop the string from spinning.

If this method does not work out well or if the head does not stop before the engine dies, you have no choice but to repair the clutch as soon as possible.

By adjusting the engine this way, you can get a much more enhanced performance and reduced fuel consumption from your weed eater. This can also be considered a maintenance trick to get the most out of your tool after some weeks of use.

As mentioned previously, a chainsaw’s clutch system and a weed eater’s doesn’t vary much. So if you’re a chainsaw user, I’m sure you’ll be able to catch up on this very quickly. Weed eaters normally come with a centrifugal clutch through which its drive shaft connects to the flywheel of the engine. The centrifugal clutch is located at the engine housing’s front.

The shoes are held together and compressed by the string until they are separated by the force of the engine as it spins fast enough. As they separate, they contact with the drum to turn it on. When the engine slows down, the string trimmer will pull the shoes back again and the drum is turned off.

Possible Reasons for Malfunctioning of the Clutch

There are two ways by which the clutch can possibly fail.

The drum will come out when you remove the screw. The removal of the drum will make it possible for you to unscrew the shoe assembly. You can choose to either replace it if it has too much damage or repair it. If you consider replacing the shoe, you might as well want to replace the drum too.

These two ways should be able to repair the continuous spinning of the string. If none of these troubleshooting solutions solve the problem when the throttle is off, you have to seek professional help to fix it thoroughly. Hope it didn’t actually get that far and you were able to do the repairs and fixings by yourself! Good luck! 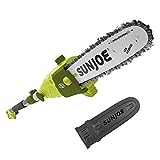 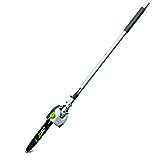